Located in the eastern part of the Baetic Mountains, 80 km from the Mediterranean and at a height of 600 m above sea level, Jumilla boasts a continental Mediterranean climate which is semi-arid in nature. It also has a very irregular rainfall of about 300 litres a year, mostly in spring and autumn. It is sometimes torrential and often falls with hailstones.

Our vineyards are located in plots spread over different areas of the substantial municipal area. As a result, we have reduced the risk of losing the whole of our harvest due to hailstones and it also gives us variety in the type of soil, ,altitude and orientation on hillsides and valleys. The different locations lead to different absorption of solar radiation, temperature and exposure to the wind. This gives us different stages of ripeness and offers us a staggered grape harvest, producing grapes with many different subtleties. 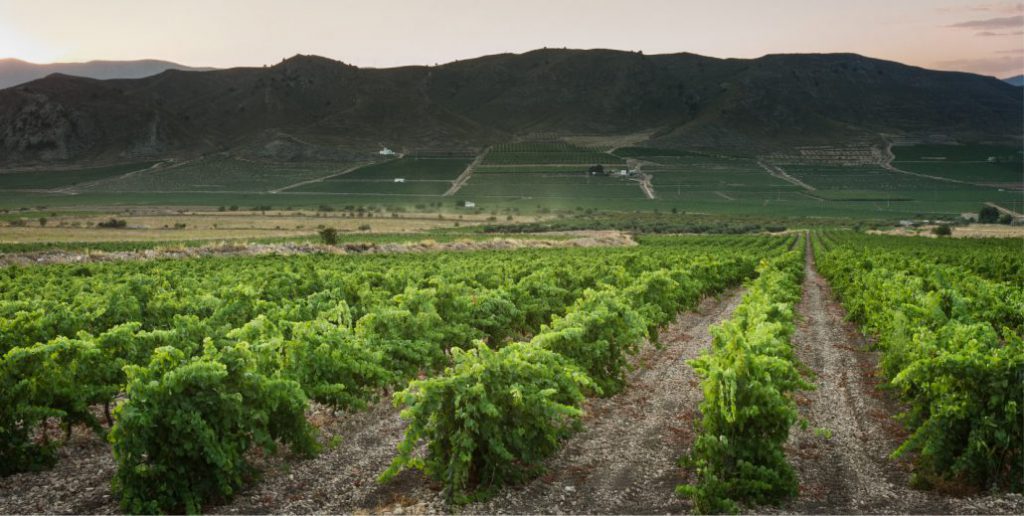 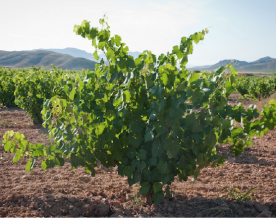 Several time cycles and some incidents of flooding from the sea, together with the landscape of the highlands of Jumilla, have created soil which is very suitable for growing vines..

They are chalky soils with low organic matter and good surface drainage, but with enough water retention deep down. Soil with a good deal of moisture and quite absorbent, which allows it to sustain the vines in periods of prolonged drought making the most of the little water available. It has a loamy to loamy-sandy texture.

Like the south-east of the peninsular, Jumilla is an area which is subject to a complex climate with notable harsh contrasts

The main climatic factors that make up the weather in Jumilla are directly influenced by the Azores High, its proximity to North Africa and the Mediterranean Sea and the effect of the North Atlantic Polar Front.

The shortage of rainfall throughout the year is its main characteristic, being particularly scarce during summer. There is a gradient in which the continental features go from higher to lower in the direction from north to south, and north-west to south-east. The effect of these continental features is accentuated by the layout of the orographic barriers which affect the penetration of the mild winds coming from the Mediterranean coast. It has a dry microclimate with many days of wind and sun.

There are many sharp changes in temperature, which goes between the highest (summer, up to 45° C) and the lowest (winter, down to -5° C). This drop in temperature is also brusque between day and night. In summer, there can be temperature differences of up to 20° C. The variations in altitude, latitude, the leeward or windward exposure of the mountain ranges, vegetation and so forth are factors which cause variations in the different areas of the municipality.